Sanitation worker health, safety and wellbeing: Reflections from the UK and India 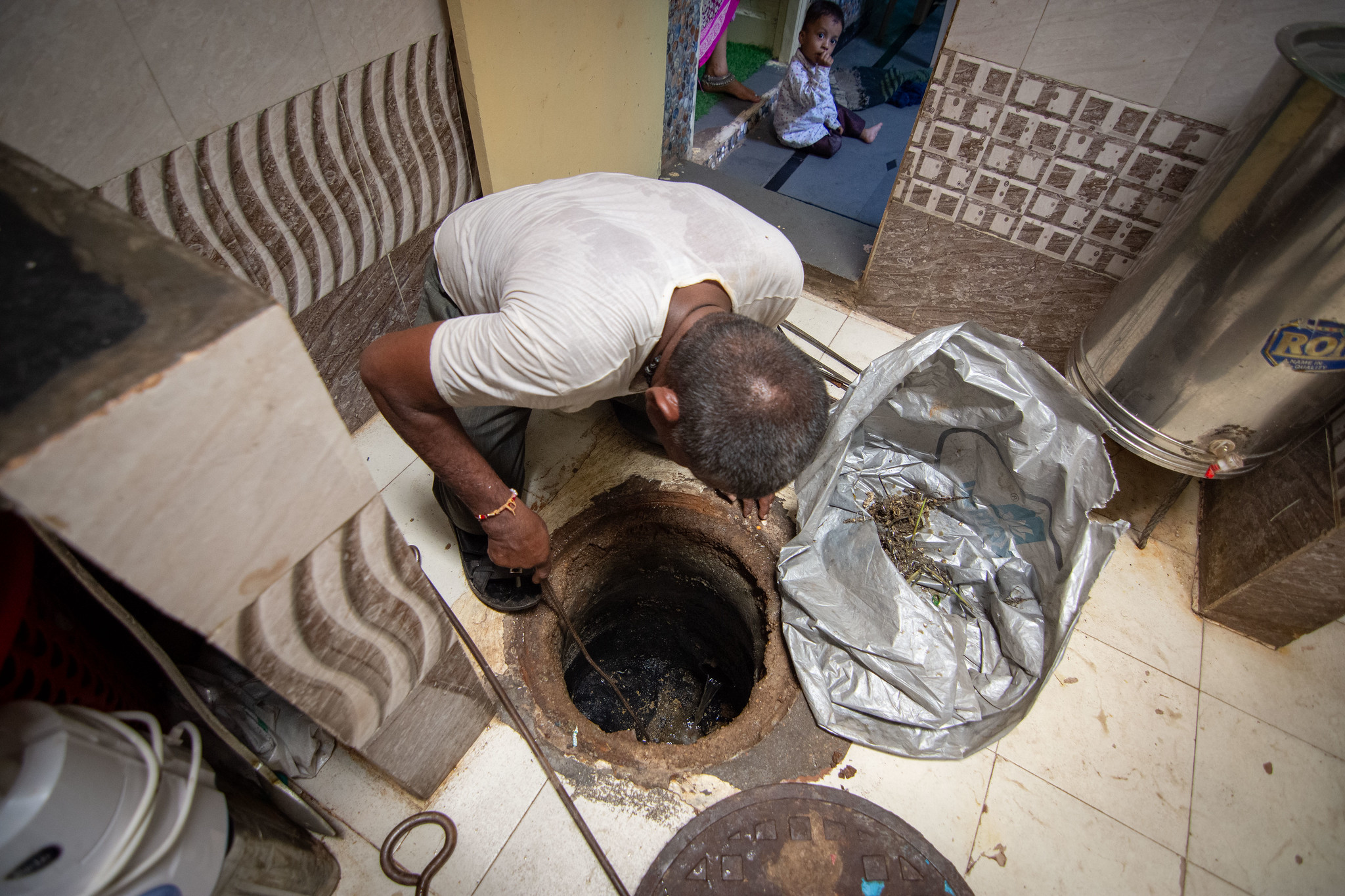 “Just because something is visible doesn’t mean it is seen” (CS Sharada Prasad, December 2019)

Hazardous and degrading forms of sanitation work, such as manual scavenging, persist in many countries around the world. Within India, Bangladesh and across South Asia, the cleaning, emptying and management of human waste from pit latrines, septic tanks, sewers, drains and communal toilets by men, women and children (often with bare hands or basic tools) remains, for many, a form of caste-based slavery and fundamental human rights violation, largely unseen and unheard by politicians, planners and wider society.

At the University of Sheffield, UK, Dr Sally Cawood is working with WaterAid on a two-year Global Challenges Research Fund (GCRF) project further to understand the pathways out of hazardous sanitation work in small towns and cities in India and Bangladesh. On the 11th December 2019, Dr Cawood and Dr CS Sharada Prasad ran a workshop hosted in Sheffield on ‘the evolution of policies, laws, and regulations related to sanitation worker, health, safety and wellbeing: Reflections from the UK and India’. Bringing together engineers, planners and geographers from Sheffield, Leeds and Manchester, the workshop (supported by the Department of Urban Studies and Planning, and affiliated with the Sheffield Water Centre) sought to examine, via an interdisciplinary and critical historical lens, key shifts in sanitation worker health and safety in the UK and India. The workshop began with an introductory talk from Ms. Purva Dewoolkar (University of Manchester) on the evolution of the Urban Swachh Bharat (Clean India) Mission (SBM-U) in Mumbai. Ms. Dewoolkar noted the inadequate maintenance of toilets in low-income settlements, which enhanced risks for users and sanitation workers, contracted to clean and empty deteriorating infrastructure. She also highlighted the lack of accountability to users and workers from government agencies and private companies.

Drawing on her recent book, Dr Liz Sharp (USP) talked about the ‘night soil’ men who emptied cesspits in London in the 19th century, and sold the soil (human faeces) to farmers as fertiliser. Dr Sharp noted how the collapse of this market, due to the sourcing of cheaper, less labour-intensive fertilisers (e.g. guano) led to a build-up of human waste in London. This triggered debate over the spread of disease (between Edwin Chadwick, Joseph Bazalgette and John Snow) which led, eventually, to the roll-out of sewer-based systems. Prof Simon Tait (Engineering) outlined the evolution of health and safety policies for sewer workers in the UK. He noted that, while the work is inherently risky (due to physical, chemical and biological hazards), improvements related not only to the provision of protective equipment, but to shifts in the management of sanitation systems, including worker training, regulation, the enforcement of laws and policies (including the 1973 Health and Safety at Work Act), and regular reporting.

Following these introductory talks, participants were asked to discuss, in groups, one or more of the following intersecting themes in relation to sanitation worker health, safety and wellbeing: (1) technical/health and safety provision and management; (2) urban policy and planning and (3) migration, coloniality and intersectionality. Some key points from the discussions were as follows: 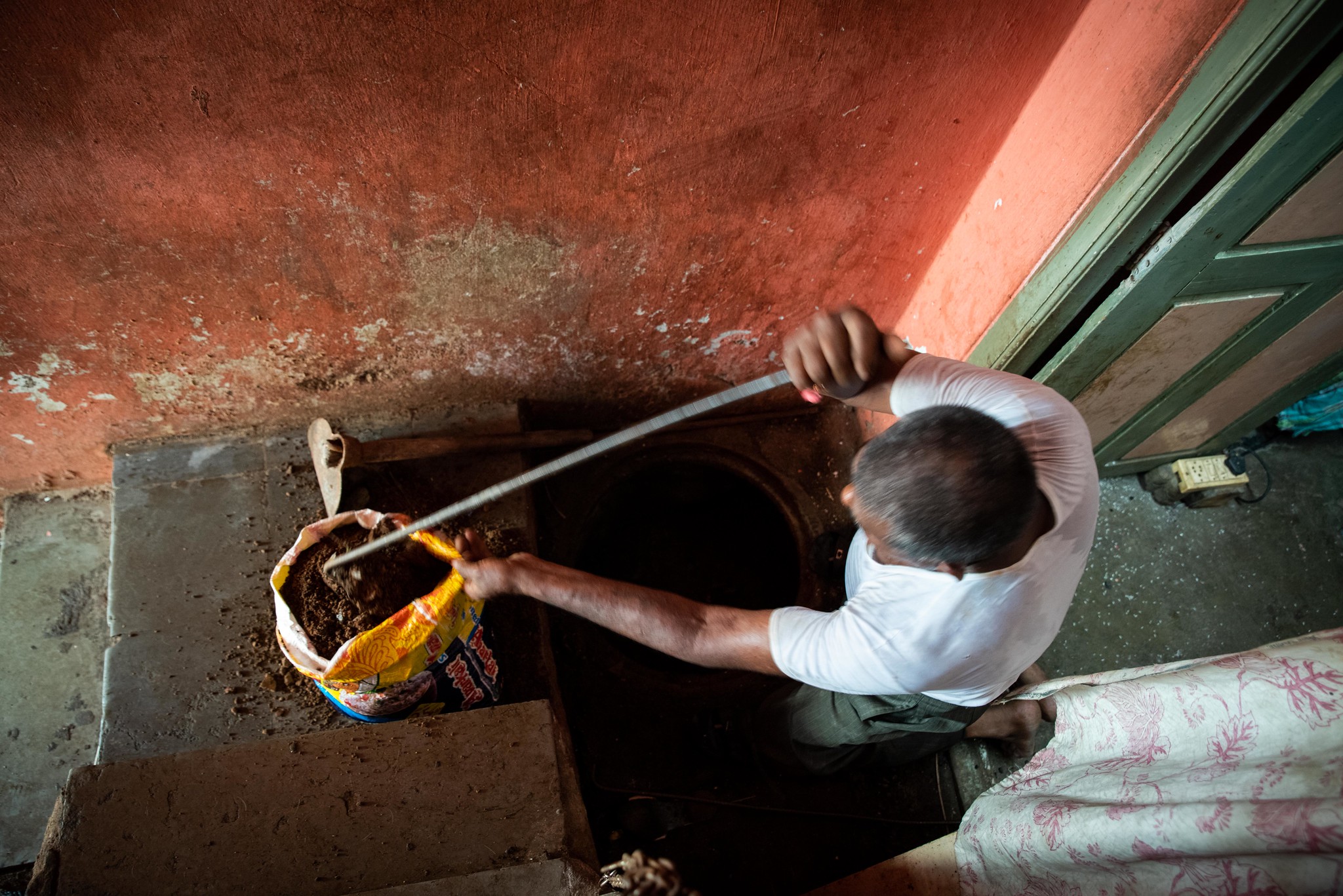 Concluding the workshop, Dr Prasad gave a seminar on ‘India’s Sanitation System: A New Mechanism to Shift Risks’, using photographs to document the lived experience of sanitation workers. Dr Prasad argued that contemporary urban sanitation systems in India reflect “human waste movement, not human waste management”, with risk shifted socially (to people from particular caste and class backgrounds) and spatially (with the unsafe dumping of human waste on farmland, open spaces or accumulating in low-income settlements). He stressed that mechanised systems are not necessarily safer, and that caste-based discrimination persists, whether you provide equipment and uniforms, or not. One of the greatest challenges is, therefore, to shift social and political perceptions of risk, of sanitation work and, crucially, sanitation workers – the unseen men, women and children managing our waste.

Interested in this topic? Have any comments/questions? Please email us.